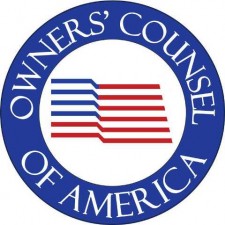 The Owners' Counsel of America along with the National Federation of Independent Business Small Business Legal Center recently filed an amici curiae brief in an eminent domain case seeking review by the Hawaii Supreme Court.

Jacksonville, Florida, August 15, 2016 (Newswire.com) - ​​The Owners’ Counsel of America (OCA) has joined with the National Federation of Independent Business (NFIB) Small Business Legal Center to file an amici curiae brief in an eminent domain case under review by the Hawaii Supreme Court.  The brief asks the Supreme Court to correct a critical error that could impact future eminent domain cases. The brief contends that the court of appeals erred in its analysis of County of Kauai v. Hanalei River Holdings, Ltd., No. CAAP-14-0000828, and urges the Supreme Court to overturn the decision, or depublish the flawed portion of the lower court’s opinion.

This is an eminent domain case involving three privately owned parcels on Kauai which the County seized for the expansion of a beachfront public park. The court of appeals concluded that Hawaii law requires two parcels to touch in order for a jury to consider them part of a larger parcel. The Petitioner’s property was separated from the other parcel he claimed to use and not physically connected. Petitioner argued that he used the two lots together as a boat yard and that the taking of one parcel damaged his use of the other.

"We are in the midst of the Honolulu rail, the largest transportation project in Hawaii's history, and the condemnation of private property will be necessary. The Hawaii Supreme Court must ensure that the law correctly guides lower courts and protects the rights of property owners who are entitled to just compensation—'the full and perfect equivalent' of the property taken.

“Two parcels do not need to touch in order for an eminent domain jury to consider whether they are components of a larger parent tract,” said Robert H. Thomas, Esq., a Director with Damon Key Leong Kupchak Hastert in Honolulu and author of the brief.  “The court of appeals decision that parcels “must touch” is simply wrong. As a published opinion, it is precedential and will have grave consequences for Hawaii property owners in future eminent domain and property rights matters.”

OCA and NFIB urge the Hawaii Supreme Court to review the erroneous decision of the court of appeals decision and overturn it as faulty and contrary to Hawaii law. The brief argues there is no need for parcels to touch to establish a unified use for property to be considered part of a larger parcel.  Alternatively, should the Hawaii Supreme Court decline review, amici urge the court to order the flawed opinion depublished so that it will have no precedential effect and cannot be applied in future eminent domain actions.

Speaking on behalf of amicus party Owners’ Counsel of America, Thomas, OCA’s Hawaii Member, stated, “we filed this brief to help the court understand that the rule adopted by the court of appeals is both wrong under Hawaii law and contrary to the majority of case law nationwide.  The determination of just compensation and damages in an eminent domain case is not one-size-fits-all rule, but rather requires the application of legal rules that accommodate the facts specific to each case.  The court of appeals decision in this case establishes a hardline rule that would force courts to ignore the unique facts of a case.”

“We are in the midst of the Honolulu rail, the largest transportation project in Hawaii’s history, and the condemnation of private property will be necessary,” explained Thomas. “The Hawaii Supreme Court must ensure that the law correctly guides lower courts and protects the rights of property owners who are entitled to just compensation—‘the full and perfect equivalent’ of the property taken.”

About Owners’ Counsel of America

The Owners’ Counsel of America (OCA) is a nationwide network of experienced eminent domain lawyers dedicated to protecting the rights of private property owners large and small, locally and nationally, and to advancing the cause of property rights.  The condemnation attorneys affiliated with OCA are in private practice in nearly every state and represent private owners against federal, state, and local governments, utilities, transportation and redevelopment authorities and other agencies that may be armed with eminent domain power.  For more information or to locate a property rights lawyer in your state, please visit www.ownerscounsel.com.