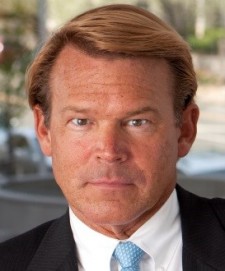 DENVER, March 5, 2019 (Newswire.com) - Owners’ Counsel of America (OCA), an exclusive national organization of leading eminent domain attorneys is pleased to announce the selection of Mark F. (Thor) Hearne, II as the Primary OCA Representative for the District of Columbia.

Thor Hearne is a partner in the Washington D.C. office of Larson O'Brien LLP. Mr. Hearne has earned a national reputation for his work in complex federal and state litigation, appeals, and class actions, especially matters involving election issues; property rights; and constitutional law. In the specific area of property rights, Mr. Hearne served as lead counsel in the representation of more than a thousand landowners in sixteen states in takings claims arising from the enactment of Section 8(d) of the Trails Act. This representation led to the seminal case of Brandt v. United States, 134 S.Ct. 1257 (2014), a decision which set a major precedent with regard to Trails Act litigation involving the General Railroad Right-of-Way Act of 1875.

Mr. Hearne is also one of the nation’s preeminent political and election law attorneys. He served as President George W. Bush’s national election counsel in 2004, and as then-candidate George W. Bush’s lead counsel in Missouri in 2000 when he won the landmark case Bush-Cheney v. Baker. He was an advisor to the Carter-Baker Commission on Federal Election reform and has testified on election law matters before the U.S. Senate, the U.S. House of Representatives, the U.S. Commission on Civil Rights, and the U.S. Election Assistance Commission. Mr. Hearne has written numerous articles on various topics of constitutional and election law, as well as Fifth Amendment Takings.

"Mr. Hearne has had a long working relationship with many of our OCA members who know him well and hold him in the highest regard," says Owners' Counsel of America's Executive Director, Leslie Fields. "We are thrilled to be able to make him an official member of our organization to assist us in leading the effort to protect private landowners in takings situations across the country."